Before you enter, please verify your age.

Thank you! Your submission has been received!
Oops! Something went wrong while submitting the form. 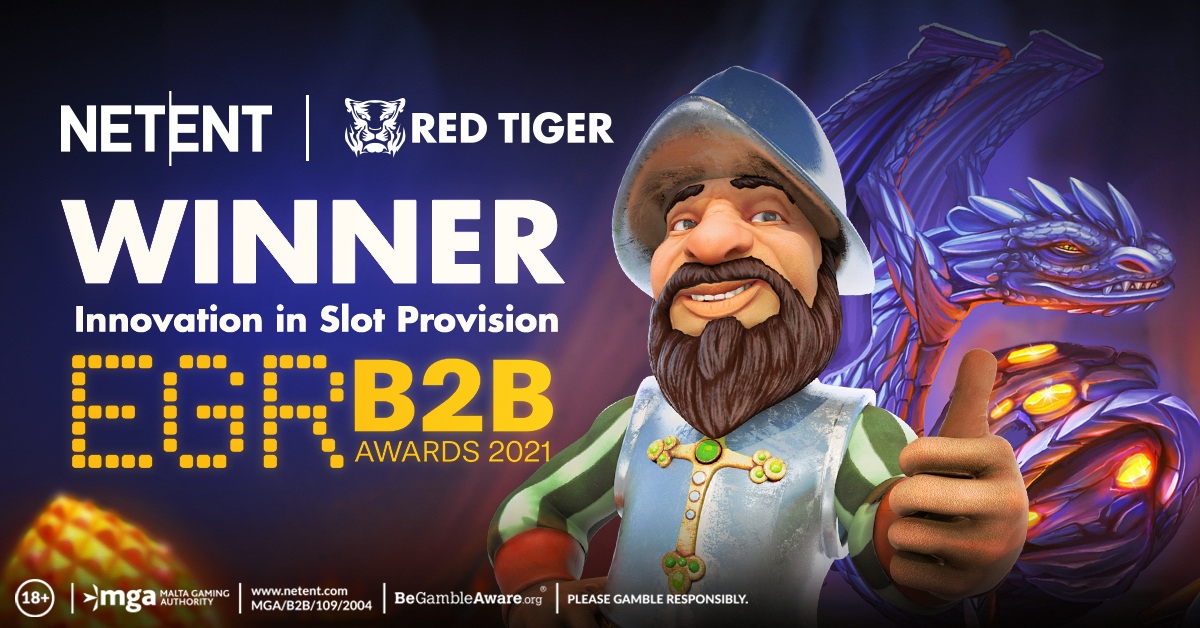 This year has seen Red Tiger, now under the Evolution Group umbrella, receive two honours at the EGR B2B Awards.

After much deliberation and competition, the judges finally announced the winners of this year’s EGR B2B Awards, with Red Tiger bringing home two award wins – including Mobile Supplier.

Red Tiger achieved a win in the Mobile Supplier category, ahead of 13 other suppliers looking to take home the trophy. The judges commented that “Red Tiger have been the guys to beat this year. Sale aside, their growth and innovation has allowed them to become mainstream on so many operators, so quickly. Excellent work by them.”

This year’s joint entry win for Red Tiger and NetEnt in the Innovation in Slot Provision beat 13 other prospective suppliers. The category looks to celebrate product differentiation, user experience, and product development and deliverability judges were impressed by the “fantastic combination of expertiseand experience” of the brands. Judges said there were “some hugely successfulnew launches in a very competitive market”, and the award recognises the collaborative development of Gonzo’s Quest Megaways™, Kulta-Jaska Megaways™ and Dragon’s Fire INFINIREELS™.

Evolution itself was awarded Live Casino Supplier of the Year, beating eight other shortlisted suppliers in an incredible unbroken run of 12 wins in that category, stretching back to when the EGR B2B Awards first launched in 2010.

Accepting the awards on behalf of Evolution, NetEnt and RedTiger, Fredrik Bjurle, Director of Product at Evolution Group, said: “For Evolution Group brands to be voted the top suppliers in so many award categories is a very great honour. Red Tiger’s approach has always been one of creativity, efficiency and productivity. As a brand, it looks to entice players with feature-rich and vivid gameplay – this year’s awards are proof that we’re continuing to evolve in the right direction and that’s a result of working together in the new group. We look forward to building that momentum further and providing aunique perspective that mixes RNG, slots and live gaming experiences. In the next few months, we’ll be looking to provide a one-stop shop for all of Evolution’s brands, including Big Time Gaming, and are delighted at the prospect of developing the group’s brilliant minds.”

Officiated by Deloitte and spanning two days of virtual ceremonies with a final in-person event in Regent’s Park, London, the EGR B2B Awards reward and celebrate the very best service providers in the online gaming industry. It recognises the achievements of suppliers from across all the major egaming disciplines including: betting and gaming software; networks; mobile; payments; recruitment; IT and infrastructure.

Thank you! Your submission has been received!
Oops! Something went wrong while submitting the form.
Share

Maximise Results with Our Suite of Engagement Tools

Our games are supported by the industry's most powerful marketing and engagement tools.

Sign up to receive our regular email newsletter with all the latest news from Red Tiger.
Thank you! Your submission has been received!
Oops! Something went wrong while submitting the form.